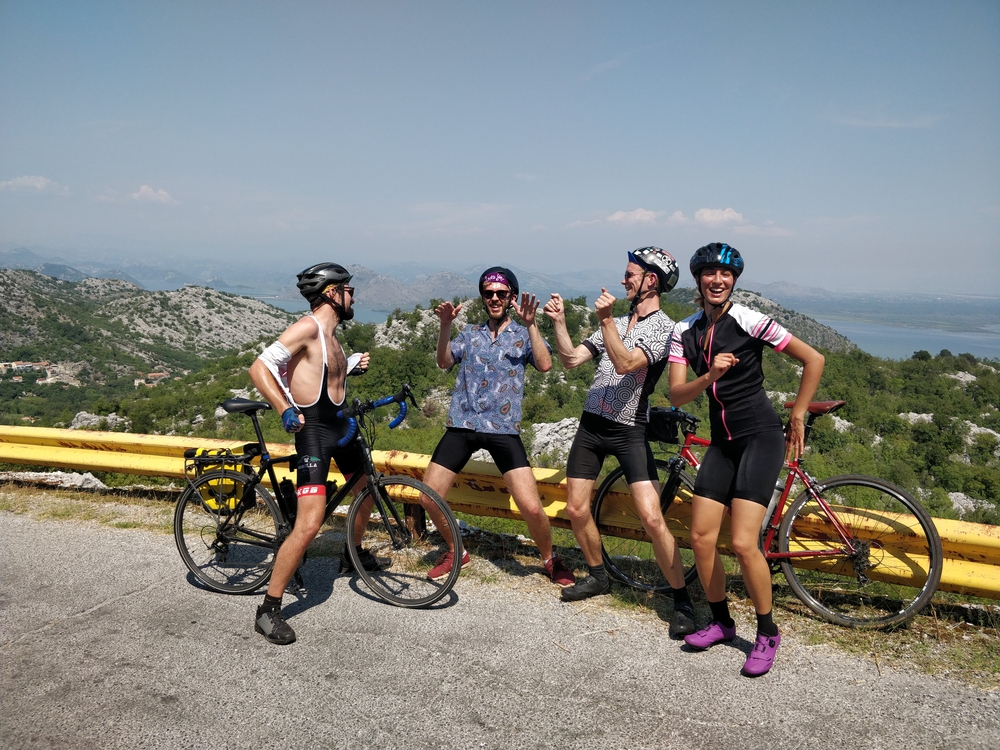 It's that time of year again! I've only gone and signed up to do ANOTHER ridiculously long bike ride with Thighs of Steel to raise money for Help Refugees. This time, I'm cycling all the way from London to Bratislava, via Amsterdam & Llubjana, crossing the ALPS twice and racking up a massive 2835 km. Just writing that makes me shudder with nervous anticipation.

I'm sure lots of you will be aware that the refugee crisis is escalating in Greece and Turkey at the moment. Greek border forces have been firing tear gas at refugees trying to cross the border after Turkey said it would start letting them through. There are people arriving in huge numbers in Lesbos and other places, seeking refuge and safety in Europe after fleeing war, famine & drought in the Middle East, Africa & further afield. At the same time as numbers increasing, lots of volunteers have had to flee the island after being threatened and attacked by groups of unwelcoming locals, emboldened by a new far right Government in Greece.

Clearly, Governments are not dealing with the crisis. Thankfully, there are loads of projects working really hard to help people out - and they rely on donations and fundraising such as this to offer services that make a massive difference to people's lives. Here's a selection of the amazing organisations that we raised a whopping £87,000 for last year, all thanks to your incredible generosity!

Khora!! An Athens-based group running community spaces and providing services for people forced from their homes. They provide legal aid and run a cafe and freeshop.

One Happy Family!! A community centre on Lesvos that provides services to increase refugees’ quality of life and to give them back some independence and autonomy.

The Bike Project!! They take second-hand bikes, fix them up and donate them to refugees and asylum-seekers in London and Birmingham. Thighs are helping to fund their Pedal Power refugee women's project in Birmingham.

The money raised this year won't necessarily go to these exact organisations - but this should give you a flavour of where your donations will go. All donations will go towards Help Refugee projects - we the cyclists are completely self funding our trip.